Testifying before the State Judicial Ccommission of Inquiry Mr. Obono said Operatives of the defunct SARS invaded INN Hotel at High Tension, Krakrama Road Oyigbo where he served as a security guard, arrested the General Manager of the hotal, 4 bar men and 2 guests including his brother to Oyigbo Division.

Obono who told the commission that his brother died as a resul of brutality, torture and inhuman treatment in the hand of the operatives of the disbanded Special Anti-Robbery Squad appealed to the panel to prevail on the police authority to release the body of his brother for burial and a comensation of N500,000,000.00 paid to the deceased’s family.

Also testifying, a retired Customs Officer, Chief Ipalibo Emmanuel from Abonnema in Akuku-toru Local Government Area said his Nephew, God’stime Adokie was arrested on September 30, 2016 by SARS operatives at Sandfield Borikiri while returning from football training, pointing out that he was threatened by SARS officer after inquiring the whereabouts of his Nephew and urged the panel to ensure that justice was served on the matter.

Meanwhile, the Rivers State Police Command has called for the change of venue of the ongoing Judicial Commission of Inquiry on SARS brutality for security reasons. 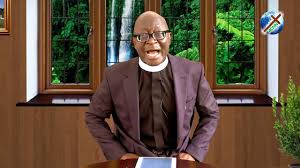