Rivers State Governor Nyesom Ezenwo Wike says the completion of the Opobo axis of the Ogoni-Andoni-Opobo Road which will attract development to Opobo Kingdom is top priority to his administration.

Governor Wike gave the assurance on Monday at the ceremony to mark the 150 years anniversary of the establishment of the Kingdom in Opobo Town.

The Governor who expressed delight that Opobo people and friends could drive by road to participate in the 150 years anniversary of the Kingdom assured that the road will be completed and commissioned in Janaury 2021.

Stating that his administration will continue to support development plans of the Kingdom that will make life easy for them, Governor Wike announced the donation of Fifty Million Naira to support the building of a befitting Palace for King Jaja of Opobo.

He noted the efforts of the House of Representative member for Andoni Opobo Nkoro Federal Constituency, Awaji-inombeek Abiante in connecting Opobo Kingdom to the National grid, to solve the age long problem of lack of electricity in the area.

In his speech, Amayanabo of Opobo Kingdom King Dandison Douglas Jaja said the sitting of Opobo on the banks of the Imo River was well calculated plan in 1870 because the Kingdom strategically becomes an important commercial settlement to compete with Lagos in volume of Nigerian International Trade.

King Jaja who is also the Chairman of Rivers State Traditional Rulers Council said in the wake of world War Two, the British government closed the Sea Port which destroyed the commercial strength of Opobo Kingdom, and the Nigerian government has since failed to acknowledge the subsisting commercial potentials.

Also speaking, the State Commissioner for Water Resources, Dr Tamunosisi Gogo-Jaja stated that Opobo people had lived together during and after the 20 years of legal war in the Kingdom.

Dr. Gogo-Jaja particularly thanked Governor Wike for demonstrating love for the people and completing the Opobo axis of Ogoni-Andoni-Opobo Unity Road to enable them drive home by road. 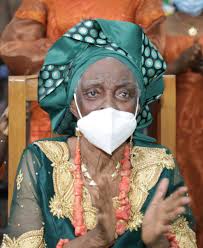 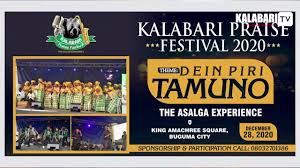