Written by miebaka ikiriko on January 6, 2021

The road which was flagged off by Governor Nyesom Ezenwo Wike on May 26, 2016 was inaugurated by the Governor of Enugu State, Dr. Ifeanyichukwu Ugwuanyi.

Speaking at the occasion, Governor Wike who noted the pivotal role the people of Ogoni have played towards the development of the state and the nation, said he will dualize the remaining segment of the road from Bori to Kono to write his name on the sands of time as the Governor who constructed the Saakpenwa-Bori Road.

Governor Wike stressed that his administration is one that keeps to its promise unlike the APC led federal government and urged the people of Ogoni to only support those that make and keep to their promise to the people.

He observed that the construction of the road will propel economic growth in the area and lauded the people for the support and cooperation given to the contractor which resulted in the quick completion of the road.

Dr. Ugwuanyi stated that with the completion of the roasd which was a compaign promise made to the people of Ogoni, it has reinforced their faith in the tenets and ideals of democracy and urged Rivres people to continue to support Governor Wike as he strives to change the fortunes of the state.

DR. OMAR, A US ONCOLOGIST WIPED OUT NEARLY 650$ WORTH OF DEBT FOR OVER 200 CANCER PATIENTS 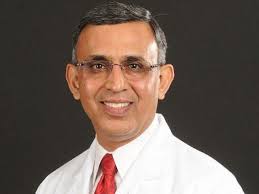