The Rivers State Police Command has fully commenced the operation of Community Policing by deploying three hundred and sixty six Special constabularies to communities across the twenty three Local Government Areas of the State.

The State Police Commissioner, Joseph Mukan at a brief deployment ceremony at the Police Headquarters, Moscow Road Port Harcourt charged the Constables to be professional in their conduct and avoid engaging in acts that would tarnish the image of the Police Force.

The Community Policing initiative according to Mukan is the brain child of the Inspector General of Police, Mohammed Adamu aimed at reconnecting the Police with the people and communities in the fight against crime and criminality.

Radio Rivers CRime Reporter, Imikubi Lilybox reports that the Constabularies are young men and women who were selected from different communities in the State and trained for eight weeks at the Police Training School Nonwa Tai with another second batch expected to commence soon. 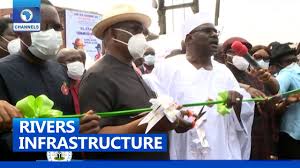