He noted that the construction of the Abonnema Ring Road was an attestation that the Governor is not only developing the cities, but also the localities and lauded him for his commitment and passion in the development of the state.

The former Senate Deputy President urgede leasders across the country invited to Rivers State to inaugurate projects to replicate same in their various states and the National level for the overall good and benefit of the country.

While observing that Nigeria is currently facing security challenges, Senator Ekweremadu used the opportunity to call on the leaders of the country to accept assistance from other countries to help secure the nation and its citizens.

In his speech, Rivers State Governor, Nyesom Ezenwo Wike stated that the Abonnema Ring Road was a fulfilment of his campaign promise to the people of Abonnema.

Governor Wike announced announced the sandfilling of the area surrounding Abonnema and Obnuma and directed the Special Adviser on Special Projects to liase with the Secretary to the State Government to ensure that contract for the sandfilling was awarded.

The Governor who noted that PDP was a party that always kept to its campaign promises and sillenced the All Progressive Congress, APC through the delivery of people oriented projects in the state, lauded the people of Abonnema for their suupportive role to the state government.

He also thanked the contractor for the high quality of work and assured of government’s continued patronage to enable it contribute to the infrstructural develoment of the state. 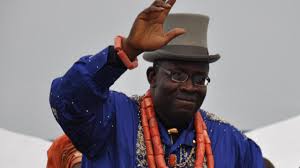