The Chairman of Andoni local government Council Paul Lawrence Paul has called on the Nigerian Legionaries, Andoni Chapter to synergize with the council authority to engender sustainable peace in the area.

Paul who stated this during the 2020/2021 Armed Forces Remembrance and Emblem Appeal Launch at Ngo, Headquarters of Andoni Local Government Area further eulogized the gallantry of the fallen heroes in protecting the territorial integrity of the country while in active service..

Represented by the Secretary of the Council, Goodman Davies, Paul while making donations for the emblem appeal launch reiterated his administration’s commitment in catering for the Legionnaires and widows of the fallen heroes in the local government area.

Earlier, the Chairman of Nigeria Legion Andoni Local Government Chapter, Humphrey Meshach solicited for monthly subvention from the council to ameliorate the sufferings faced by Legionaries as a result of the harsh economic situation in the country and appealed to some prominent indigenes in the area to donate generously to the families of the fallen heroes

On his part,the Okaan Ama Ngo of Ngo Land, King Job Williams Okuruket, Nnubiget the fourteenth commended the Chairman of the Council Paul Lawrence Paul for his tenacity and commitment in restoring sustainable peace in the area and appealed to the people to 8552Dzxc., always maintain peace to attract development in the area. 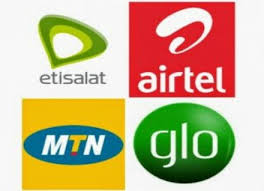