The theme for this year’s World Cancer Day is ‘I am and I will’.

World Cancer day which is celebrated every February 4th is aimed to saving millions of preventable deaths each year by raising awareness and education about cancer, and pressing governments and individuals across the world to take action against the disease.

In Rivers State, the Commissioner for Health, Professor Princewill Chike says five patients among women in the state are diagnosed monthly for cancer, due to late stage of detection.

He said the theme of this year focuses on commitment and taking actions to prevent the disease, adding that one third of cancer are preventable.

Professor Chike said most cancers can be prevented through behaviorial changes, exercise, vaccination against infections, screening for early detection, stating that if such measures are taken mobility and mortality rate would be reduced.

He called for early screening, saying that the commitment of the Rivers State Governor, Nyesom Wike has yielded tremendous results by the continuing training of health workers for cancer screening, free mass screening ongoing in fifty centres scatted around the state with the target of reaching a hundred thousand women by the end of the year. 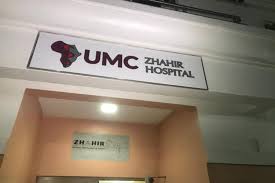