The Head of Department of Crop and Social Sciences, Faculty of Agriculture, Rivers State University, Doctor Stanley Dimkpa has joined well-meaning Nigerians and Rivers people in particular to applaud the demonstration of Will Power by Governor Nyesom Wike to build three new campuses of the RSU in Ahoada, Emohua and Etche saying the move will engender development and create employment opportunities.

He said the move was part of the vision of the founding fathers when the Onne Campus in Eleme and Degema Campuse were created but regretted that the two campuses did not take off effectively due to what he called lack of will-power.

The Plant Molecular Genetics expert however warned that University education was not about fantastic building but strategic facilities to enhance research and provide solution to societal problems.

He advocated the establishment of Colleges in place mere Faculties so that the Colleges can stand independently with the main and serving departments, explaining that Faculties will depend on serving and subsidiary departments in the main campus to function well. 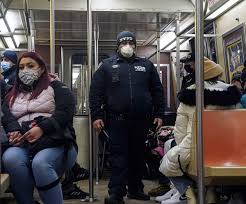