The Court of Appeal sitting in Port Harcourt has upheld the Judgment of the Bayelsa State High Court sentencing ex-corporal Vincent Kaluama Owei to death by hanging for killing one seventeen year old Mr. Innocent Kokorifa in Yanagoa.

Late Innocent Kokorifa a native of Ikpotuwari Community in southern Ijaw Local Government Area was shot to death on the 18th day of August 2012 by the Police Officer during a patrol duty with one of the Anti vice /Anti Kidnapping team along Air Force road Okaka in Yenagoa.

The Kokorifa family had dragged the Nigerian Police to court over the killing of Mr. Innocent whom the police alleged was as member of an armed robbery gang

The case which began in the later part of 2016 dragged until October 2018 when Justice Ineikate Eradri convicted ex-corral Vincent Koluma Owei who hails from Oporoama in southern Ijaw local government area to death by hanging.

The court frowned at the Nigerian police for unprofessional conduct over the death of Mr. Innocent but ex-corporal however was not satisfied with the judgment and so approached the Appeal Court in Port Harcourt for redress.

Speaking to our judicial reporter Wike Festus after the judgment in Port Harcourt Daniel Kokorifa the father to the late Innocent Kokorifa commended the Appellate court for affirming the judgment of the lower court and maintained that his son did not have any criminal record to warrant such brutal killing and the body of Mr. Innocent Kokorifa have since been buried in Yenagoa. 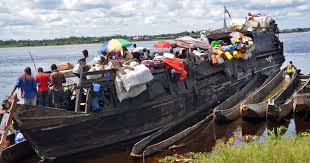