A  rocket attack at a Military base  of  US-led  Forces  in Kurdish Northern Iraq has  killed  a  Civilian  contractor and  wounded  five others  including  a  U.S Service member.

U.S Secretary of State, Anthony Blinken said  the  United  States  was  out raged  by the  rocket attack in the Iraqi Kurdistan Region.

It  was  the  most  deadly  attack to hit  U.S –led  Forces  for  almost a year in Iraq, where tensions have  escalated  between the U.S. Forces,  their Iraqi and  Kurdish allies  on one  side and  Iran-aligned  Militias.

A  group calling  itself  Saraya Awliya al-Dam, claimed  responsibility for  the   attack on the   base, saying it  targeted  the  American occupation in Iraq but provided  no evidence  for  its  claim. 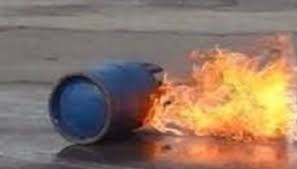