Sunday February 21, is always observed as International Mother’s tongue day and Nigerians joined other nations of the World to celebrate the day.

In line with the celebration, our reporter, Joel George Umoh went to town to find out how Parents Teach their children their Mother tongue.

Speaking to our reporter, Mrs.  Blessing and others called on parents to always teach their children in the mother tongue.

According to them, speaking in their native dialect will cement the relationship between one another and erase cheating.

They called on parents and teachers to teach their children in local languages to rejuvenate the dialect rather than allowing it to go into extinction.

Others opined that speaking  English language instead of  mother tongue effectively equip the children. 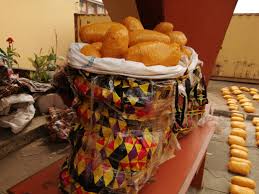