At least two persons have been killed and hundreds arrested in Niger’s post-election violence.

According to the commission, Bazoum got fifty-five-point seven-zero-five percent, while the opposition’s candidate, Mohamane Ousmame garnered forty-four-point-two-zero-five percent.           Ousmane disputed the result and alarmed he narrowly won with fifty-point-three percent of the vote 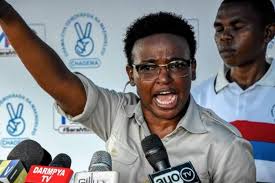