GOVERNOR WIKE SAYS HE WILL CONTINUE TO DEFEND THE INTEREST OF RIVERS PEOPLE AND USE HER RESOURCES FOR THE PROVISION OF BASIC INFRASTRUCTURE AND DEVELOPMENT OF THE STATE.

Rivers State Governor, Nyesom Ezenwo Wike says he will continue to defend the interest of Rivers people and use her resources for the provision of basic infrastructure and development of the state.

Governor Wike stated this at the inauguration of the ultra-modern Government House Clinic and Administrative Building by the former Senate President, Dr. Bukola Saraki, emphasizing that the hospital will serve staff of Government House, State Legislators, Judges and Elder statesmen at a subsidize rate as the facility will not be free of charge.

The Governor who noted the persecution meted to the state by the Federal Government, assured Rivers people that he will never be deterred, but will continue to do what is right for the people of the state despite intimidation and harassment by the federal government.

He announced that the Mother and Child Hospital would be inaugurated soon to cater the needs for women and children in the state, while the Cancer and Cardiovascular Disease Centre to be built by Julius Berger Nigeria Plc will also be on course soon, noting that government will pay 70 percent of the contract to the company to enable it expedite work on the project.

Governor Wike expressed gratitude to God for making the project a reality, saying he has not disappointed Rivers people and the PDP, and called on Nigerians retract their mistakes and join forces with the PDP which is the only hope for the country.

Inaugurating the ultra-modern Government House Clinic and Administrative Building, Dr. Bukola Saraki who described Governor Wike as an ambassador of the PDP, stressed the need for Nigerians to applaud people who have performed well despite their political inclinations.

Dr. Saraki who noted the importance of healthcare to the reduction of poverty and infant and maternal mortality, commended Governor Wike for providing the state of the art clinic which he noted will not only serve the people of Rivers State and Nigerian but the African continent.

Earlier in his remarks and project description, the State Commissioner for Health, Professor Princewill Chike said the new Government House Clinic is fully equipped with state of the art operating theatre, top Anesthesia Ventilator, ICU Room, Endoscopy Suite, MRI Machines, Laboratory, Pharmacy, 24 hours ambulance service, adding that all the equipment and monitors are connected through a computerized integrated system which can be monitored in all parts of the world. 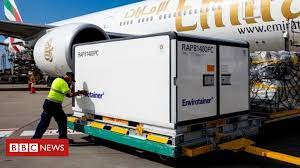 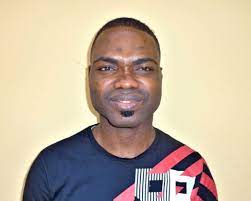