As Nigeria joins the global community to celebrate this year’s International Women’s Day, the Queen of Ogoniland, Queen Georgiana Tenalo has called on women to perservere in their efforts to improve the lots of their families and the larger society.

Queen Georgiana Tenalo who made the call while speaking with newsmen said women have significant roles to play in the growth and development of the family and the society.

While congratulating women across the world, Nigeria and Ogoni Women in particular, Queen Georgiana Tenalo urged them to use the occasion of this year’s celebration to speak against the hydra-headed monster of insecurity and criminality presently plaguing the society in view of the fact that they and their children are the most vulnerable.

She urged women to see themselves as bridge builders particularly at the home front by engaging in viable ventures that would uplift their status.

Queen Georgiana Tenalo used the forum to congratulation, Doctor Okonjo Ngozi Iweala for emerging as the first Female Director-General of the World Trade Organisation, WTO, describing her as a worthy daughter of Nigeria and a rare gift to womanhood.

She appealed to governments at all levels and corporate organizations to invest more in developing the capacity of women to enable them contribute positively to the growth of the society. 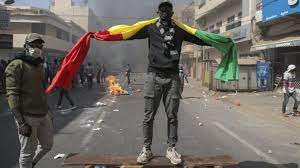