The remains of the late Oil Magnate and renowned philanthropist, High Chief Olu Benson Lulu-Briggs were laid to rest in his home town Orubio Abonnema in Akuku Touru Local Government Area of the State.

Speaking during the commendation service, former President Goodluck  Jonathan described the late High Chief O.B. Lulu Briggs as a sophisticated and an ardent philanthropist who had contributed to the development of the country as well as facilitated his emergence as Vice President in 2007.

Dr. Jonathan also noted that the late O.B. Lulu Briggs had impact the lives of people across the globe positively pointing out that the gathering of eminent Nigerians at the burial was as a result of the philanthropic gesture and benevolence of the oil mogul pointing out that his good works will stand the test of time.

He regretted that the demise of the late O.B. Lulu Briggs had left a vaccum and responsibility for the family and prayed God to give Chief Dumo Lulu-Briggs the grace to sustain the laudable legacies of his late father.

In his sermon, Special Assistant to the General Overseer of the Redeemed Christian Church of God, Pastor Belemina Obunge urged Christians to always exhibit integrity and inspire others to greatness in life.

Earlier, in his vote of thanks, the Chief Mourner and Head, Young Briggs House, Chief Dumo Lulu-Briggs said his late father began his early life as a truck pusher, farmer and Police Constable before rising as a clerk at the Nigerian Ports Authority, NPA.

Chief Dumo who noted that the teachings and philosophy of his late father had helped him in the journey of life and commended Nigerians for their show of love and massive turnout during the burial ceremony.

Radio Rivers correspondent who was at the event reports that high points of the burial ceremony were classical musical rendition from various choral groups, comedy by Gordions and cultural display among others.

MRS. JOY FYNEFACE AKAH TASKS CHRISTIAN WOMEN TO BE BEACON OF PEACE AND UNITY, NOT ONLY IN THEIR FAMILY BUT TO SOCIETY AT LARGE. 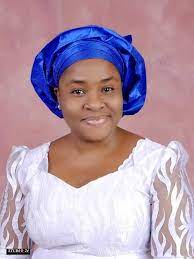