Residents of Port Harcourt have blamed the high rate of unemployment in the country on lack of political will by the leaders to set up industries and ensure uninterrupted power supply.

Some of the residents including Gabriel George and Williams Baraboa who expressed their opinion in an interview with Radio Rivers Correspondent, Asitonka Fubara-Tams on National Bureau of Statistics report that unemployment rate in the country has risen to thirty three point three percent within six months said lack of practicable policies that would engage youths to be self employed have been the main cause of the rise.

They also attributed the high rate of insecurity, cultism and social vices in the country to lack of employment.

They noted that Nigeria was producing most of the products used by its citizens in the seventies, eighties and nineties and engaged the youths meaningfully but the reverse was the case now as most products were imported thereby producing jobs for other countries.

The respondents called on the government to intervene promptly. 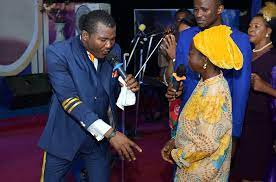