Former JAMB Chief Executive Officer, who was arrested early in the week, has been detained at the headquarters of the commission in Abuja.

He was arrested for allegedly misappropriating Nine Hundred Million Naira and committing multiple frauds during his time as the head of JAMB and the National Examination Council, NECO.

Reports indicate that Ojerinde is being interrogated for allegations of multiple identities, abuse of office, money laundering, tax evasion and making false statements to public officials. 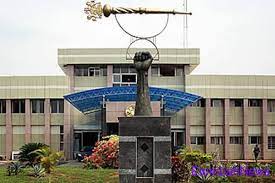