The Rivers State Police Command has mobilized men and officers of the Command to strategic locations in compliance with Governor Wike’s directive to enforce both internal and border curfew beginning from 10pm to 6am daily.

Police Spokesman Nnamdi Omoni who disclosed this in Port Harcourt said the posting of security personnel to strategic points including borders of the State with Abia, Akwa-Ibom, Imo and Bayelsa States were part of pro-active measures taken to forstall any security breach.

According to the PPRO, all persons and vehicular movement within and outside the twenty-three Local Government Areas of the State are strongly advised to conclude the day’s business before the curfew time. 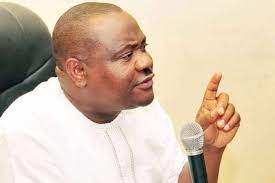