On the foreign scene, Zimbabwe’s High Court has dealt a blow to President Emmerson Mnangagwa, on his decision to extend Chief Justice; Luke Malaba’s tenure by five years was invalid and breach of the constitution.

The Judicial Commission which employed all judges said the decision means that the Deputy Chief Justice, Elizabeth Gwaumza becomes acting Chief Justice pending the outcome of an appeal.

The outcome is a setback to Mnangagwa whose ruling party also charged the constitution to allow him to appoint Senior Judges without going through a public vetting process.

The opposition has accused Manangagwa of seeking to influence the judiciary.

Lawyers had challenged constitutional amendment that raised the retirement age of Supreme Court Judges to seventy-five from seventy, which allowed Mnangagwa to extend Malabe’s term of office by another five years.

The three high court judges ruled that Malaba who turned seventy on Saturday had ceased being Chief Justice due to his age. 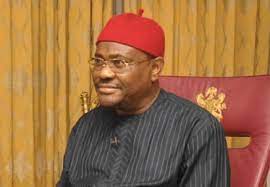