AN EARTHQUAKE IN CHINA’S SOUTHWESTERN PROVINCE OF SICHUAN HAS LEFT AT LEAST THREE PEOPLE DEAD AND SIXTY INJURED YESTERDAY.

An earthquake in China’s Southwestern Province of Sichuan has left at least three people dead and sixty injured yesterday.

Local authorities put the quake at six-point zero magnitude, while the US Geological Survey put it at five point four magnitudes on an eight point scale.

According to USGS, the quake hit in the early hours of today with the epicenter halted about fifty-two kilometers Southwest of Yongchuan district in Chongqing with an initial depth of ten kilometers.

Photos show damaged building with windows blown out and the ground outside covered in debris, including fallen trees and bricks from collapsed walls.

According to State run tabloid the Globat Times, at least one thousand two hundred and twenty one houses have collapsed and more than three thousand have been severely damaged. 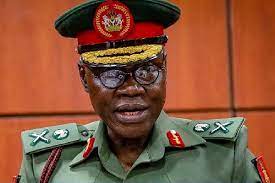