The General manager, Rivers State Broadcasting Corporation, Sir Sampson Fiberesima has called for a change in the value system of Nigerians.

Sir Fiberesima made the call while playing host to a delegation of the National Orientation Agency in Rivers State in his office in port Harcourt.

He stressed the need for the Agency to work in synergy with the media as such collaboration would impact positively on the lives of the people.

Sir Fiberesima also called for attitudinal change by Rivers indigenes and promised that the station would support NOA in its programmes.

Earlier, the NOA Director, Young Ayotamuno said that the visit was to reaffirm the harmonious relationship that had existed between both organizations, explore new frontiers and articulate solutions to deal with some of the new challenges. 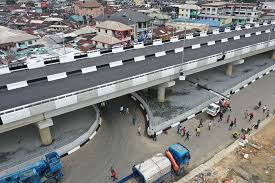