The event which is part of the yearly activities of the Newspaper to honour outstanding individuals and institutions who have affected national development in productive ways was held at the Civic Centre, Victoria Island, Lagos.

Chief Tola Adeniyi, a member of Business Hallmark Advisory Board and Co-chair of its Public Policy Forum, said Governor Wike was chosen in recognition of his developmental strides in the state as well his staunch defence of democracy.

Chief Adeniyi said the Governor has become the lightening rod for good governance and true democracy, despite the overwhelming and sometimes contrived challenges.

Receiving the Award on behalf of the Governor, the State Deputy Governor, Dr. Ipalibo Harry Banigo, described the honour as a recognition of the modest people oriented achievements of Governor Wike in infrastructure, healthcare, education, agriculture, sports and human capital development.

According to her, the State remains committed to the rule of law and the overall development of the people.

The Deputy Governor who commended Business Hallmark for the honour stated that it would spur the government to do more for the state.

Speaking as the Chairman of the occasion, Former Senate President, Anyim Pius Anyim commended Governor Wike for his courage to contribute to the ethos of good governance.

Commenting on the award, the State Commissioner for Information and Communication, Pastor Paulinus Nsirim described Governor Wike as a visionary and forthright leader who is passionately committed to leaving an enduring legacy for posterity.

Nsirim said within the last five and half years, Governor Wike has promoted good governance and infrstructural revolution. 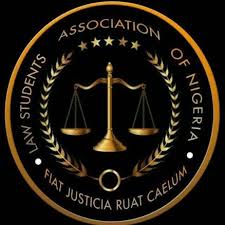