Rivers State Government’s aquisition of OML 11 and Kidney Island by the apex court on Friday, when it dismissed the Shell Petroleum Development Company’s suit which sought the setting aside of the 17Billion Naira judgment made against it in 2019.

It will be recalled that the Supreme Court had in January 2019, upheld the judgment of the Appeal Court, which awarded 17 Billion Naira damages for a devastating oil spill that ravaged farmlands, rivers and streams in Ejema-Ebubu in Eleme Local Government Area of Rivers State decades ago.

Shell, which was the operator of OML 11 and Kidney Island in Port Harcourt, held in July 2019, filed a suit at the Supreme Court to set aside its earlier judgment on the ground that the apex court did not go into the merit of their appeal before upholding the decision of the Court of Appeal.

However, the Supreme Court in a unanimous judgment prepared by Justice Centus Nweze and delivered by Justice Samuel Oseji, asserted that the appeal fil3ed by Shell was frivolous and lacked merit.

Justice Oseji declared that the Supreme Court cannot revisit its earlier decision on the matter, hence the court dismissed Shell’s appeal for beingf incompetent and lacking in merit.

In addition, the Supreme Court held that parties were to bear the cost of their litigation.

Rivers State Governoe Nyesom Ezenwo Wike, had in September last year announced the aquisition of Shell’s 45% interest in OML11 Oilfields and Kidney Island in the state.

The Governor, had directed the Rivers State Ministry of Finance Incorporated tyo make a bid of over 150 Milion Dollars supported by the Bank Guarantee and cash payment to the Deputy Sheriff in the sum of One Billion Naira, the later payable to to the Judgment Creditors while the former is excrowed.

The Ejema Community had filed a suit against Shell over un-remedied pollution that took place since 1970 as admitted SPDC vide letters they wrote seeking to clean the spill in 2006 while the case was at the trial Court.

The suit between Shell and Ejema Community was finally disposed off in 2017, but, Shell and its parent companies further appealed to Supreme Court of Nigeria in 2017, which was considered and dismissed. 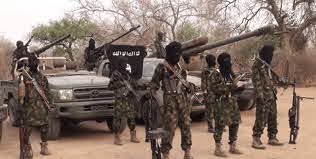 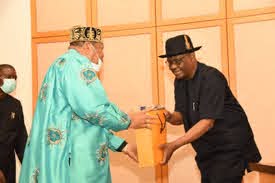