Rivers State Governor, Nyesom Ezenwo Wike says he will continue to protect all citizens living and doing business in the state irrespective of ethnic or religious background.

Speaking when members of the Northern Elders Forum led by its Chairman, Professor Ango Abdullahi paid him a courtesy visit at Government House, Port Harcourt, Governor Wike said it was unfortunate that those in leadership position had forgotten that the very essence of lesdership was to protect lives and property irrespective of ethnicity, religion or party affiliation.

Governor Wike who called on all Nigerians, to join force to move the country forward stressed the need for strong political will by the leadership of the country to address issues of ethnicity and religion which are destroying the pillars that bind the nation together.

The Governor informed members of the Northern Elders Forum about the politicization of security in the state by the Federal Government because of party affiliation and the resultant effect during the ENDSARS protest.

Earlier, the Chairman of the Northern Elders Forum, Professor Ango Abdullahi said they were in the state to express their sympathies to members of the Northern Community over their losses during the ENDSARS protests as well as ascertain their relationship with the state.

Professor Abdullahi said based on their findings, Northerner living in Rivers State were comfortable and thanked Governor Wike for his disposition and leadership qualities to all Nigerians resident in the state.

He assured the Governor of the commitment of Northerners living in the state to always be of good conduct as well as contribute their quota to improving security and development of the state. 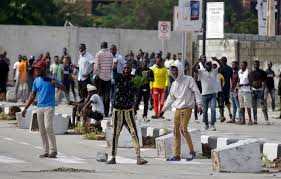 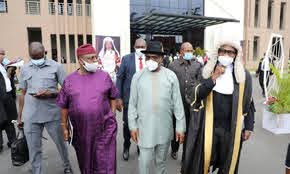