Rivers State Commissioner for Information and Communications, Pastor Paulinus Nsirim says Governor Nyesom Wike is a Predent manager of resources with passion for the growth and development of the state.

Pastor Nsirim stated this while addressing Media Executive and Exco Members of the Rivers state Council of NUJ in a luncheon in Port Harcourt saying that the role of the media in advancing the developmental agenda of Governor Nyesom Wike led administration in the state is commendable.

The Information Commissioner also emphasized that the media has contributed to the critical and vital role the state is playing in the national politics by building a strong media partnership with the state government.

The Commissioner while appreciating Journalists in the state for their untiring and uncommon efforts in sustaining democracy, urged them to visit some of the projects sites of Governor Wike project across the twenty three logal government area including the Cassava industry in Oyigbo, the Ogoni/Andoni/Opobo/Nkoro unity road , The Mother and Child hospital among others to acquint themselvese of government projects at the rural communities.

In our remarks, the Paermenent Secretary Ministry of Information and communications, Mrs. Ibiwari Clapton Ogolo, thanked Media Executives for their cooperation with the ministry and described it as a positive step for success of the present administration.

She promised that the Wike led government through the Ministry will sustain the Parnership.

According to our Reporter, Anya-Godpower Lekia who was at the event, Media Executives from government and private Stations were in attendance, including General Managers of Rivers State Newspaper Corporation, Sir Ernest Chinwo, Rivers State Television, Pastor Dfini Gogo-Abbey and River state Broadcasting Corporation, Sir Sampson Fiberesima. 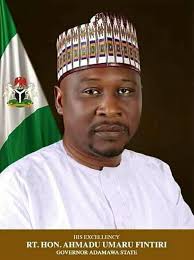