There was generally low turnout in both Government Secondary and Primary Schools as they resumed yesterday after the Christmas and New year holidays.

The Rivers State Governor, Nyesom Wike has earlier directed all schools in the State to resume.

Fewer number of Students and Teachers were seen teaching and learning in schools visited.

According to them, teaching and learning has also commenced calling on Parents to release their children to come to School.

Some Students who also spoke, said they are happy to resume School to enable them cover the areas uncovered calling on their mates who are yet to resume to do so as teaching and learning had begun.

They called on the Government, Old Students and Well meaning individuals to assist the Schools by providing the necessary logistics, including desks, tables and chairs to enhance academic goal.

In the same vain, the Principal of Government Girls Secondary School, Rumuokwuta Dr. Silverline Chikagozi says the School has commenced teaching and learning for the 2020/2021 Academic Session as directed by the Rivers State Ministry of Education.

According to her, learning has already started with sizeable number of students with teachers, commencing the First Term work, while all Covid-19 protocols are strictly adhered to.

Dr. Chikagozi expressed the hope that students would turn-out in subsequent days as most of them travelled to the Hinter land for last year’s festivals. 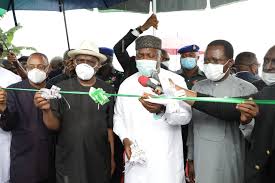 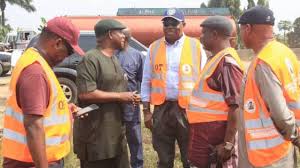