The new co-ordinator of the Taskforce a Retired Deputy Suprintended of Police DSP Feix Nwadibeyi, said Members of the Taskforce began operation yesterday by patrolling the streets of Port Harcourt and Obio/Akpor Local Government Areas to senitize the Public on the need to obey government ban on street tading with illegal Motor Parks.

Nwadibeyi said no Member of the default-taskforce on street trading and illegal Motor Parks is part of the reconstitued team which he now cordinates.

He assured the public of the Civility of the new Taskforce but warned the anyone who willfully flouts government ban on street trading, illegal Motor Parks, Taxi ranks and Mechanic Workplaces will be arrested and prosecuted.

Also speaking, the officers in charge of the Rivers State Taskforce, DSP Okuto Christopher explained that the presence of Security personnel attached to the Taskforce is to make sure there is no breakdown of law and order.

He noted that any defaulter or offender would be arrested, taken to the nearest Police division and charge to court.

It would be recalled that the Rivers State Government had repeatedly warned all those involved in the street trading, illegal Motor parks, taxis ranks and mechanic workplaces on the streets to desist forth with or face the full wrath of the law. 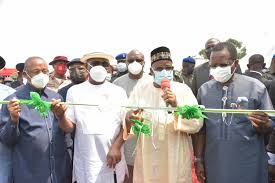