He has also described Wike as a leader, a Nationalist and true Nigerian who always speaks out at all times despite the prevailing circumstances, saying if Nigerians have the likes of Wike who speaks the truth, the country would not have been at its present sorry state but a better one for all to live.

Senator Ndume was speaking while inaugurating the 11.5 Kilometres Eleme-Afam-Oyigbo Road constructed by Governor Wike in Eleme Local Government Area of the State.

The former Senator Majority Leader who noted the enviable position the people of South-South occupied in the country, particularly Rivers State due to its contribution to the nation’s economy, said Nigeria is happy to have Rivers State.

In his speach, the Rivers State Governor Nyesom Wike said he had fufilled his promise to the people of Eleme and also established government’s presence in the Ogoni axis of the South-East Geo-political Zone of the State.

He also promised to construct some internal roads in the area to appreciate the dedicated service and loyalty of the State Commissioner for Finance to the State Government and urged the people of the area to continue to support the People’s Democratic Party which he noted is the hope of Nigeria.

Earlier, the Commissioner for Works, Elloka Tasie-Amadi said the road which traverses Eleme and Oyigbo Local Government Areas has both economic and psychological benefits to the people of the area and urged them to take responsibility by owning the road to enable it serve the purpose for which it was constructed. 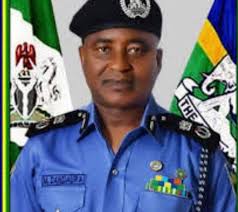 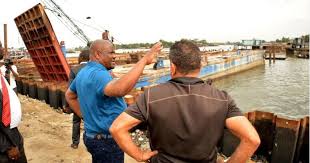