A legal practitioner, Chibaramaobi Obasi Paulinus has   advocated  out right  disbandment  of the  Nigerian Police Force  saying an intellectual-driven Police  Institution  could be  reconstituted  to end  every form of  Police brutality and  professional  misconduct by Police  officers  in the  Country.

Obasi Paulinus who stated  this  while  appearing  before  the  state  Judicial Commission of  Inquiry  in Port-Harcourt, said  until activities  of  the  Superior Police Officers were checkmated, Police brutality and  other  forms  of  inhuman  treatment  of  the  Police  against Members  of   Society would continue  unabated.

He  accused  the  Former  Divisional Police Officer of  Oyibo Police Station, Nathaniel  Okpara of Instigating  attacks  on his   household and  looted  his property,  worth six  million Naira  and  demanded  the  sum of  three hundred million Naira  compensation.

Also testifying, a Member of  Okurama Surveillance Group, Kiribo told the  Commission that operatives of  the  Anti Cultism Unit, Moscow Road shot  him on his  left leg on the   24th of  April 2018 without offence while  discharging his  duties  along  Okurama Trans-Amadi.

Ibinabo who noted  that he lost his beloved Mother as  a result  of  shock of  the  incident, called  on the  Commission to ensure that  Justice  was  served on the  matter  and  a compensation of  Twenty million Naira  be  paid to him.

Another  Petitioner  and  former  Councilor  of  the Peoples  Democratic Party, PDP Ward  Thirteen in Khana Local Government Area, Manson Tordee has  accused  the  Former  Chairman of the   Council Mr. Kinglsey Legborsi of using  Mobile  Unit of  the   Nigerian Police  Force, Bori Division to unleash Mayhem on and burning down the Accident  Department  of  the  Local Government Council on December, 14 2005.

Radio Rivers  Correspondent,  Francis  Golden reports  that the  Commission has  entertained  over  one  hundred  petitions  out of  one  hundred  and  eighty petitions  of  Police  brutality since its  inaugural sitting in Port-Harcourt. 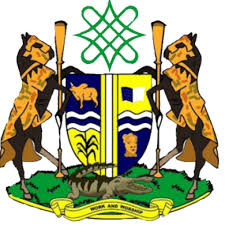