RIVERS STATE CO-ORDINATOR OF THE NYSC, CHIEF CHINWENDU CHUKWU SAYS NYSC SKILLS ACQUISITION AND ENTERPRENEURSHIP DEVELOPMENT PROGRAMME FOR CORPS MEMBERS IS THE BEST THING TO HAPPEN TO THEM.

The Rivers State Co-ordinator of the National Youth Service Corps, Chief Chinwendu Chukwu says NYSC Skills Acquisition and Entrepreneurship Development Programme for Corps members is the best thing to happen to them.

Speaking while presiding over the swearing-in ceremony of 2020 Batch B Stream Two Corps members at the NYSC Permanent Orientation Camp, Nonwa-Gbam, Tai, Chief Chukwu called on the government at all levels as well as stakeholders on youth development to give priority to graduate youths empowerment by aggressively establishing skills platforms such as the NYSC Skills Acquisition and Entrepreneurship Development Programme so as to set the nation on the path of economic progress.

He charged the corps members to take the nine day on camp skills programme seriously and leverage on the advantage it offered. Earlier, the Chief Judge of Rivers State, Justice Iyayi Laminkara represented by Justice M.W. Danagogo administered oath of allegiance on the corps members

DIOCESE OF OKRIKA, ANGLICAN COMMUNION ORGANIZES A FOUR DAY CONFERENCE WITH THE THEME ”IN THE DAYS OF HIS POWER” STARTING FROM THURSDAY JANUARY 28, 2021 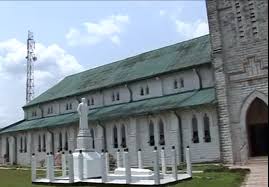