She ordered the IGP to appear before the court on February 4, to explain why he should not be penalized for refusing to honour a subsisting judgment of the court.

Reports indicate that Justice Ojukwu made the order in a ruling on January 16, 2021, a copy of which was obtained by journalists on Wednesday.

She gave the ruling following a form forty nine filed against the IGP by Patrick Okoli in the suit marked ABJ/CR/637/2009. 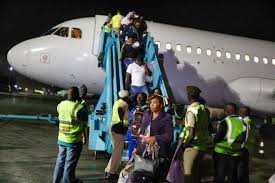