The sack of Service Chiefs and their subsequent replacement has continued elicit reactions from members of the public.

Speaking with Radio Rivers Reporter Nnenda Miller, the Chairman of Rivers State Council of Nigeria Union of Journalist, Job Stanley Job, Mrs Obianuju Godpower Tuminidiri and Elder Sinclair Jonathan expressed optimism that the re-organisation of the nation’s security architecture would make the desired impact in the fight against insurgency and other criminality.

They noted that the sacking of the Service Chiefs was over due saying that the appointment of the new Service Cheifs will inject new blood into the nations security apparatus.

The trio however tasked the new Service Chiefs to exhibit a high sense of professionalism while discharging their duties, and called for proactive measures to tackle insecurity. 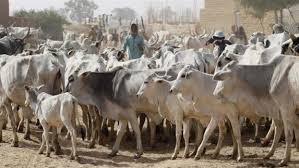