The  founder of children of  light Anointing  Ministries, Nkpor, Idemili North Local Government  Area of  the  State, was arrested and is in police Custody  likely to be  arraigned  for  various offences.

A statement by the State Commissioner for Information and Public Enlightment, Mr.Don Adinuba had on Monday, January 25, 2021 warned the prophet against his practices which it termed criminal and indecent in the name of religion.

The Ministry of Health, in a statement yesterday warned hospitals and mortuaries operating in the State against allowing Onyeze Jesus access to their facilities to carry out his widely publicized claim and planned “Magic to raise seven Corpses today.

Residents of the State had expressed worry over some Video trending on social media attributed to the Prophet including parading naked people in a river, abuse of the currency, animal cruelty and his get rich quick promises to gullible members of the public.

Meanwhile, the Anambra State Police spokesperson, Haruna Mohammed has confirmed the arrest of the Prophet to newsmen. 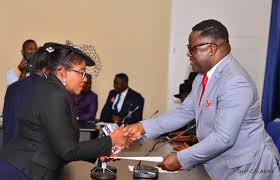