In Moscow riot police were filmed beating demonstrators with batons.

Mr. Navalny, 44 was earlier jailed for three and a half years for violating the conditions of a suspended sentence; he says the case was fabricated.

He returned to Russia in January after being treated in Germany for a near fatal nerve agent attack last August.

Mr. Navalny says Russian President Vladimir Putin ordered the attack with the Novichok agent, describing him as a “prisoner” the Kremlin denies the allegation. 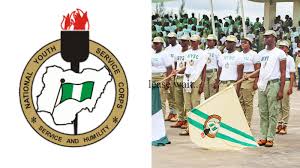