Calls are growing for the release of Myanmar’s Aung San Suu Kyi three days after the Army seized power in the South-East Asian nation.

Ms Suu Kyi who led the Country’s elected government has not been seen since she was detained by the military.

Members of Parliament who were confined in their accommodation in the Capital, Naypyitaw have now been told to leave.

But there are signs of defiance including a Medical Staff strike and pot-banging in the main City Yangon.

The military took power in the early hours of Monday and declared a year-long state of emergency after accusing Ms Suu Kyi’s party of fraud over its recent election win.

Meanwhile, a Senior Official of the Party of Myanmar’s detained Leader, Aung San Suu Kyi has said she was in good health and has not been moved from the location where she is being held after a military coup against her government.

The whereabouts and condition of Myanmar’s elected leader have not been made public since she was arrested in the Naypyitaw by the military during Monday’s power grab.

According to Kyi Toe, a member of the National League for Democracy’s Central Information Committee, NLD members of Parliament arrested during the coup are being allowed to leave the quarters where they had been held.

RESIDENTS OF RIVERS STATE REACT TO THE CONVICTION OF 100 PEOPLE OF COVID-19 VIOLATORS BY ABUJA MOBILE MAGISTRATE COURT. 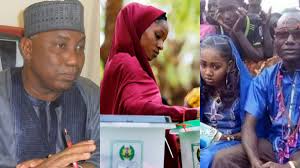