As the world celebrate World Radio today with the theme New World, New Radio, a Mass Communications Guru, Mr. Ikirika Daenii of Department of Mass Communications Kenule Benson Sarowiwa Polytechnic said Radio is worth celebrating and it is fundamental to development because its cut across the educated and non educated audience.

Mr. Daenii stated this in an interview with Radio Rivers Correspondent Alexander Wikina in his office in Bori.

According to him, Radio remain the best in information, education and entertainment.

Also speaking Mr. Joseph Williams Tobi described Radio as a life wire of those who are unable to go to school, a centre of human development for the poor, oppressed, and the liberator of all society in the world stressing that Radio is the mother of information to the people. 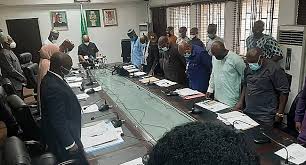