The UK Supreme Court has ruled that oil-polluted Nigerian Communities can sue Shell in English courts.

The decision is a victory for the communities after a five-year battle and overturns a Court of Appeal Ruling.

The Niger Delta Communities of more than forty thousand people said that decades of pollution had severely affected their lives, health and local environment.

The oil giant had argued it was only a holding company for a firm that should be judged under Nigerian.

Shell described the ruling as disappointing. 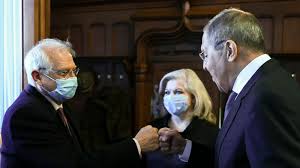