JERRY NWONODI A RIVERS STATE INDIGENE BASED IN UNITED STATE OF AMERICA EXPRESSES SATISFACTION WITH THE DEVELOPMENT EFFORT OF THE PRESENT ADMINISTRATION IN THE STATE.

A Rivers State Indigene based in the United States of America, Jerry Nwonodi has expressed satisfaction with the development effort of the present administration in the state.

Nwonodi who was speaking with Radio Rivers Aviation Correspondent ,Darlington Amarame shortly after his arrival at the Port Harcourt International Airport, Omagwa said the Flyovers, Roads and other infrastructure in the Port Harcourt Metropolis and its environs were clear testimony that the State Government know the needs of the people.

He stressed that the government having done well in the area of infrastructure its attention should now be shifted to human capital development jobs for the youths Agriculture and education among others,

Nwonodi expressed shock on the insecurity situation in the country when he arrived Nigeria and appealed to the Federal Government to support the State Police to compliment the effort of the various vigilante groups in the country.

According to him the effort of the vigilante groups and other security agencies in the country would not be enough to fight the level of criminality across the country. 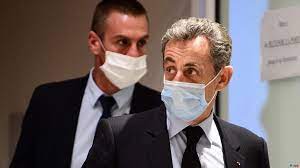