The acrimonious relationship between the Governor of Benue State, Samuel Ortom and his Bauchi State counterpart, Senator Bala Mohammed, has been amicably resolved.

The conflict was resolved in Port Harcourt following the intervention of Governor Nyesom Ezenwo Wike of Rivers State and his Adamawa State counterpart, Governor Ahmed Fintiri.

Briefing journalists at the end of the reconciliation meeting which held at Governor Wike’s private residence at Rumuepirikom, the Bauchi State Governor, Bala Mohammed said the outburst between him and Governor Ortom over herders/Fulani profiling is highly regrettable.

He noted that they did not mean to divide the country; saying that the misconception among Nigerians Governor Ortom and himself are having problems is not true.

Also speaking, Governor Ortom appreciated Governor Wike and Governor Fintiri for arranging the meeting where it was agreed that the outburst between him and his Bauchi State counterpart was not needed.

Governor Ortom who noted that the Fulani and Tiv people have cohabitated for a long time and there is no issue whatsoever, identified the failure of the security architecture of the country which is anchored by the federal government for the recent outburst between him and Governor Mohammed.

In his remarks, Governor Wike who thanked the Governors of Bauchi and Benue States for amicably resolving their dispute, urged Nigerians to not to blame them as they were under pressure from their people as a result of the Federal Government in providing security for this country.

Governor Wike observed that the All Progressives Congress was rejoicing that there was a disagreement between the Governors of Benue and Bauchi States, but noted that the opposition party will be disillusioned now that the disagreement has been resolved.

He also urged the media to be a bit more circumspect in reporting issues that could further polarize the country, saying they should pay more attention in reporting those things that will move the country forward rather than those which will divide it.

On his part, Adamawa State Governor, Ahmed Fintiri, said as national leaders, it was incumbent of him and Governor Wike to intervene in the disagreement between their Benue and Bauchi counterparts.

SRI LANKAN GOVERNMENT SET ASIDE AN ISLAND FOR BURIAL OF COVID-19 VICTIMS FOR THE MINORITY MUSLIM AND CHRISTIAN COMMUNITIES. 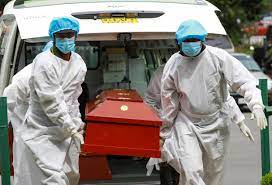 MOROCCO HAS SEVERED RELATIONS WITH GERMANY IN RESPONSE TO THE COUNTRY’S STANCE ON WESTERN SAHARA DISPUTE. 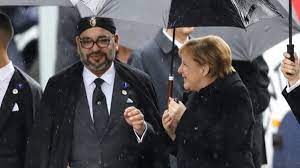