Rivers State Government and Julius Berger Nigeria Plc have signed an agreement for the construction of two new flyover bridges to develop the landscape of Port Harcourt and resolve traffic congestion in the City.

The two new flyover bridges will be constructed at Ikwerre Road/Olu Obansanjo and Rumu-Kalagbor-Waterlines Junctions at the cost of twelve-point-four Billion Naira.

Speaking after the agreement signing ceremony, Rivers State Governor Nyesom Ezenwo Wike stated that the State Government would pay seventy percent of the contract sum to ensure that the contractor executed and completed the two flyover bridges within the next one year.

Governor Wike who noted his earlier assurance to provide Rivers people with quality projects, appealed for their understanding and patient while the project lasted, emphasizing that it is better to go through inconveniences of traffic now and have good roads at the end of the day.

The Governor while noting the ability of Julius Berger Nigeria Plc to deliver on the projects however stated that there would be no excuse for variation or extension of the time of project completion and urged the company to mobilize to site immediately and execute the projects simultaneously.

In his remarks, the Managing Director of Julius Berger Nigeria Plc, Dr Lars Richter assured that the company would deliver the two flyover bridges within the approved twelve months period to the satisfaction of the state government.

He thanked the State Governor for the opportunity given the company to contribute to the development of the State, saying they will forever remain grateful to him for his show of trust and confidence. 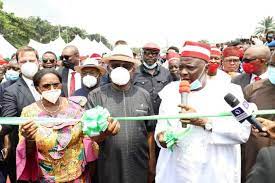 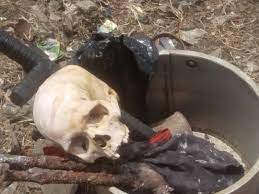