Activities to mark the burial ceremony of a great philanthropist and business mogul, High Chief Olu Benson Lulu-Briggs, has commenced with Evening of tributes, music, drama and Art exhibition.

The programme which took place at the Convocation Arena of the University of Port Harcourt, witnessed government functionaries, Captains of Industry, Traditional Rulers, the Academia, Clergy and well meaning individuals within and outside Nigeria in attendance.

Speaking during the event, the Acting Vice Chancellor, University of Port Harcourt, Professor Stephen Okodudu said the relationship of the University and the patriarch of the Olu Benson Lulu-Briggs dynasty have spanned for many years and produced so many dividends that has impacted on the wellbeing of the University.

Professor Okodudu who described the death of O.B Lulu-Briggs as a colossal loss to the state and the country urged the bereaved family to take solace in God, emphasizing that the developmental strides, legacies and philanthropic gesture of late Olu Benson Lulu-Briggs will stand the test of time.

Earlier, the Head Briggs House, Chief Dumo Lulu-Briggs stated that as his late father, Olu Benson Lulu-Briggs returned to his marker, emphasizing that his legacy projects in the University of Port Harcourt and across the world would continue to speak for him as a good man who impacted positively on humanity.

Chief Dumo Briggs who described the late High Chief O.B Lulu-Briggs as an elegant and compassionate father said he will sustain the laudable legacies of his late father and commended management of the University of Port Harcourt for the programme.

Our correspondent reports that the seventh Vice Chancellor, Professor Joseph Ajienka and his fifth counterpart, Professor Nimi Briggs also poured encomium on late O.B Lulu-Briggs for his service to God and humanity. 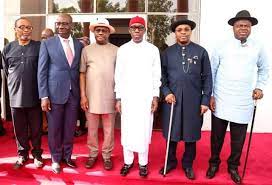