Governor of Rivers State, Nyesom Ezenwo Wike and his Delta State counterpart, Senator Ifeanyi Okowa, have expressed optimism that when the Peoples Democratic Party, PDP returns to power in 2023, it will pull the country from the brinks.

The Governors hinged their hope on the proven ability of the PDP to improve the living condition of Nigerians which had diminished under the incumbent All Progressives Congress APC.

Governor Wike while addressing delegates at the PDP South-South Zonal Congress held in Port Harcourt, said Nigerians are yearning to return the party to power in 2023.

He said everything had been done to ensure that the PDP Zonal Congress held without hitches or rancour.

On his part, Delta State Governor, Senator Ifeanyi Okowa, said the PDP has a bright prospect to return to power in 2023, maintaining that Nigeria was much better under PDP rule than the APC.

Senator Okowa declared that the PDP would pull back the country from the brink and Nigerians would be better for it.

The Delta State Governor who stated that the South-South Zone dominated by the PDP would continue to be a voice in national politics, urged delegates and members of the party to collectively work together to enable the zone make strong impact in the nation.

He said going forward into the future, the South South Zone of the Peoples Democratic Party will continue to remain strong, united and the leadership will continue to give direction that will help to rebuild the party and to take back country. 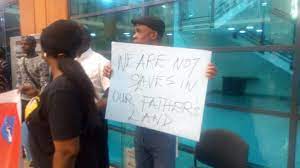 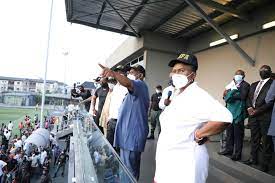