Rivers State Governor, Nyesom Ezenwo Wike has admonished Rivers youths to take advantage of the Real Madrid Academy, Port Harcourt to actualize their dreams and potentials in football and education.

Governor Wike gave the advice at the inauguration of the Hostels and Classrooms Complex of the Real Madrid Football Academy in Port Harcourt performed by the Minister of Youths and Sports, Sunday Akin Dare.

The Governor who observed that lots of youths in the state possessed a lot of potentials but did not have the means of actualizing them, urged parents to encourage their children to utilize the opportunity provided by the Real Madrid Academy to actualize their dreams.

He noted criticisms that trailed the establishment of the academy in the state, but expressed gratitude to God for the success of the academy.

Governor Wike announced the inclusion of females in the academy, saying seventy percent of the contract sum for the building of hostels and classrooms has been paid to the contractor that handled the project.

He reiterated his commitment to continue to provide the basic facilities needed by Rivers people to have a conducive life till the end of his administration as a mark of reciprocating their support for his government.

Inaugurating the Hostels and Classrooms Complex of the Real Madrid Football Academy, the Minister of Sports, Sunday Akin Dare commended Governor Wike for his bold step in promoting sports development in the country through the establishment of the Real Madrid Academy, saying the inauguration of the facilities is a milestone in the actualization of a new era in sports development in the country.

Dare who observed that Real Madrid Football Club had never paraded Nigerian football professionals, said the Rivers State Government’s partnership with the club, would produce renowned football stars in the country and enlist the country on the global map of football.

While noting that sports is a unifying factor in the country, Mr. Dare described the Real Madrid Academy, Port Harcourt as a new oil field for the state if properly managed.

In his remarks and project description, the Special Adviser to the State Governor on Real Madrid Academy, Mr. Christopher Green who noted that the academy was divided into Academy Development Session, Classroom Session and Hostel Session, said the academy is a deliberate design by the Governor to develop youths in sports and education.

Earlier in his welcome address, the State Commissioner of Education, Professor Kainye Ebeku said the academy would redefine youth development in the country, emphasizing that it takes only a man with vision like Governor Wike to establish such academy. 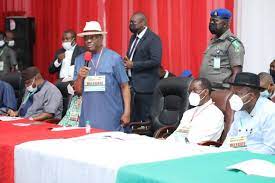 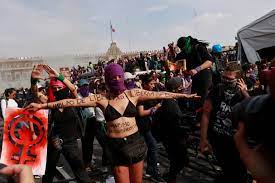