ONE CHIEF VINCENT NNAMDI OHO SENTENCED TO ONE MONTH IMPRISON FOR CONTEMPTUOUS ACTION IN THE COURT.

One Chief Vincent Nnamdi Oho has been sentenced to one  month imprison for contemptuous action in the Court.

Chief Nnamdi Oho, responding to cross Examination from the   witness Box on a disputed land suit shouted at the presiding  Judge for requesting to know his interest in the matter.

Nnamdi Oho while responding to questions whether he was  aware of Interim order injunction restraining him from Interfering with the Land in dispute at Elelenwo Community in Obio/Akpor Local Government claimed that he is not aware that there was as such order and that he knows his rival who he described as crooks and that the Court was condoning the  crooks.

Our Judicial Reporter, Wike Festus reports that Chief Nnamdi Oho further walked out of the witness Box and hit his palm on the floor of the Court and threatened to deal with them all and  he will petition to President Muhammadu Buhari and Unnamed  Minister .

The presiding Judge Justice Adolphus Enebeli after watching the  drama ordered that Nnamdi Otto be put back in the Box and  should show cause who he should not be committed to Prison for contempt.

Justice Enebili after hearing from all thee Counsel present at the  Court who condemned the attitude of Chief Otto’s imprisoned  him to one month before adjourning the matter to 17th May 2021 for continuation of Cross Examination. 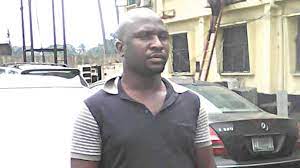 DENMARK AND NORWAY SUSPEND USE OF ASTRAZENECA VACCINES. 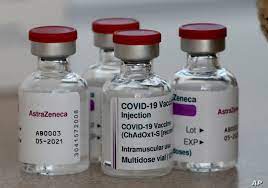