RIVERS STATE NLC CALLS ON THE PUBLIC SPIRITED NIGERIANS TO PREVAIL ON THOSE PUSHING FOR THE REMOVAL OF NATIONAL MINIMUM WAGE FROM THE EXCLUSIVE LIST.

The Chairman, Nigeria Labour Congress, NLC Rivers State Council, Mrs. Beatrice Itubo has called for concerted effort by well-meaning Nigerians to join the advocacy to keep the National Minimum Wage on the Exclusive Legislative List and not Concurrent List.

She said Minimum Wage was a global practice to set up a standard for the payment of workers’ salaries in a nation without which employers would pay salaries and remunerations of their discretion.

According to her, the National Minimum Wage is not for the public sector alone but the organized private sector in the economy.

The Labour Leader disclosed that the long awaited Minimum Wage chart had been made public and advised workers in the public sector to use the chart to crosscheck their monthly salaries and make necessary complaints to their affiliate union before reaching out to the NLC.

Answering question, the State NLC Chairman explained that all cases relating to pension and gratuity were before the Tripartite Committee on Minimum Wage and advised workers and retirees to wait for the final report of committee.

She urged members of the public and civil society groups to identify with the advocacy being carried out by Labour to transform society for the better.. 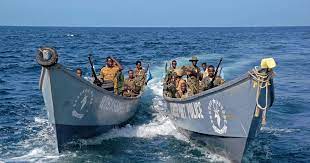 FEDERAL GOVERNMENT APPOLOGIZES TO NIGERIANS OVER THE LATEST HIKE TO 212.61 PETROL PRICE CONFUSION IN THE COUNTRY. 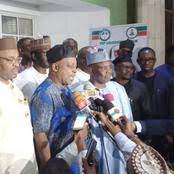