Bandits have abducted students and teachers from LEA Primary School in Rama, a village in Bifnin Gwari Local Government Area of Kaduna State.

A statement by the Commissioner for Internal Security and Home Affairs, Samuel Aruwan which confirmed the incident did not mention the number of students and teachers kidnapped.

Members of the Community said the incident occurred while pupils were trooping into the school around 9am today.

Reports said the gunmen came on about twelve motorcycles.             According to a resident of Birnin Gwan, Mohammadu Birnimi, two of his brothers Umar Hassan and Rabiu Salisu Takau, were among the teachers abducted. 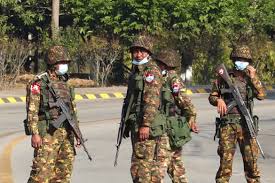