The Organised Labour has again criticized political office holders over a bill which seeks to remove minimum wage negotiations from the exclusive legislative list to the concurrent legislative list.

The National President of the Nigeria Labour Congress, Ayuba Waba, during a meeting between the House of Representative Leadership and Labour Leader yesterday, said restructuring of wages should start with political office holders.

At a meeting were the speakers of the House of Representatives, Femi Gbajabiamila, Majority Leader, Peter Akpatsan sponsor of the bill, Garba Datti Muhammad and representatives of relevant committees of the house.

Leading the labour side were Wabba and President of the Trade Union Congress Quadri Olayele.

It will be recalled that workers under the aegis of the Nigeria Labour Congress and Trade Union Congress last Wednesday held a nationwide protest against the bill.

The sponsor of the bill Mohammand had at plenary on February 23 argued that it would allow both the Federal and State governments to freely negotiate the minimum wage with their workers in line with our federalism.

But reiterating workers opposition to the bill, Ayuba Wabba stated, we are ready to defend our position if we are to start restructuring of wages, it should start from the political class, when salaries were reviewed by fifty percent in 2011 those of political office holders were reviewed by eight hundred percent he said. 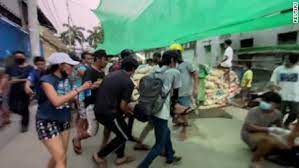 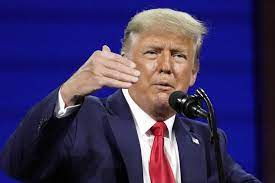