Governor Nyesom Wike says the claims by Edo State, Godwin Obaseki that the Federal Government minted about sixty billion Naira to share to the Federating Units in March cannot be regarded as spurious.

Governor Wike has meanwhile challenged the Central Bank of Nigeria, CBN to unequivocally declare if money was minted or not.

Governor Wike stated this while briefing Journalists shortly after he attended the child dedication of Mr. and Mrs. Uche Nwosu, the son inlaw of former Imo State Governor, Senator Rochas Okorocha in Abuja.

The Governor said it was regrettable that instead of the Governor of Central Bank, Mr. Godwin Emefiele to address the issue raised by Governor Obaseki, he opted to issue a veiled threat to states to pay back bailout loan given to them by the Federal Government.

He said his decision to attend Uche Nwosu’s Child dedication is devoid of politics or political affiliation, explaining that his relationship with Senator Okorocha who is a Chieftain of the All Progressives Congress, APC started in 1999 when he was the Chairman of Obio/Akpor Local Government Area of Rivers State.

Governor Wike urged Senator Okorocha and his wife not to be dispirited by the political persecution they are currently facing, emphasizing that the kind of political battle they are going through will cause them to rely on God and not on their mortal strength.

He further charged Senator Okorocha to consider joining hands with Nigerians who are determined to pull Nigeria from the brinks of economic collapse to path of economic prosperity.

Governor Wike also lauded Uche Nwosu and his wife, Uloma, for organizing the praise and worship Church Service to dedicate their son to God, pointing out that the reason he has been able to survive several fierce political battles is because he has never stopped to give thanks to God.

The founder of Commonwealth of Zion Assembly, Pastor Biodu Fatoyinbo said he has enormous respect for families and individuals who always return to show gratitude to God for what he has done for them.

The Pastor commended Mr. and Mrs. Nwosu for dedicating their child to God and maintained that whatever is dedicated to God shall never diminish. 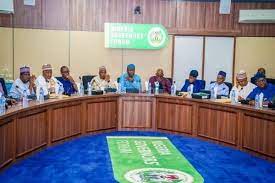 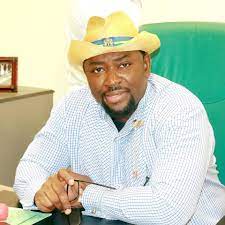