A disruption to oxygen supply caused by a leaking tank has claimed lives of at least twenty-two patients at a hospital in the city of Nashik in Maharashtra.

The Health Minister of Maharashtra Rajesh Tope said the incident in the city of Nashik, one of India’s worst hit areas happened after the tank of gas leaked.

Tope said on televised remarks that patient who were on ventilators at the hospital in Nashik have died.

Reports say, the leakage was spotted at the tank supplying oxygen to these patients, pointing out that the interrupted supply could be linked to the deaths of the patients in the hospital.

On Tuesday, hospitals in Delhi, the Capital said they had enough oxygen left for just another eight to twenty-four hours, while some private institutions had enough for only four or five.

The Health Minister of the neighbouring state of Haryana said the situation was so severe that some people had tried to loot an oxygen tanker forcing authorities to beef up security. 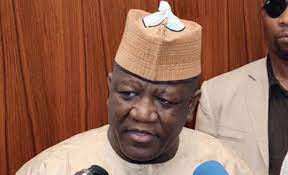