The Rivers State Government has imposed night curfew at all land boarders of the state.

The land boarders include the entry and exit points with Abia, Akwa-Ibom, Bayelsa and Imo States.

Rivers State Governor, Nyesom Ezenwo Wikewho announced this yesterday in State broadcast said the curfew which takes effect from 8pm today Wednesday 28th April 2021 till further notice, is necessitated by the recent security breaches and deadly attacks on security personnel by yet to be identified gunmen.

Governor Wike stated that security agencies have been posted to monitor and enforce strict compliance with the curfew.

The Governor said although the security agencies are investigating these attacks with a view to bringing the perpetrators to justice, the state government is do everything within it powers to prevent further re-occurrence of the acts.

The governor urged all citizens of the State to be vigilant and report every useful intelligence or suspicious movements to the security agencies for immediate action.

He advised the people to understand that these are strange times and nothing can be more paramount than their collective safety and security. 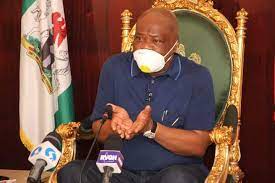